I went to this appointment by myself since I figured it would be fairly quick, and all I really needed to know at this appointment was the financial particulars and if my health issues would present a problem.

When I sat down with the doctor, he started by saying that it would be $20,000 upfront for IVF with a gestational carrier. This does not include all of her medical costs for carrying and delivering the baby, that is strictly the cost of the IVF. I had done enough research that I was not surprised when he threw that number out at me. I actually think he was surprised at the lack of reaction that I gave when he gave me the number.  What I wasn't prepared for was this:

” Although we would be more than happy to take your $20,000.00 for IVF with gestational carrier,  I want you to consider another option.”

The doctor continued to tell me that he is one of the few doctors here in our city that will perform a surgery to place a transabdominal cerclage.

Quick Cerclage Information:
There are two types of cerclages, a transvaginal cerclage and a transabdominal cerclage.

A transabdominal cerclage (TAC) is sometimes placed during pregnancy, but it is also placed BEFORE pregnancy.  In my case, I would have it placed now, and then get pregnant later. As with the TVC, the TAC is also placed when a woman is diagnosed with incompetent cervix. It is placed higher than the TVC, which is the benefit to this procedure. Since it is higher, it is placed around more muscle. With a TAC, you have to have a c-section when it is time to deliver your baby, which for me is not as big of a deal since I had a c section with Ellie. Ellie was transverse, and therefore they had to cut my uterus both vertically and horizontally guaranteeing that if I ever had another baby I would need a c-section. The surgery to have it placed is considered major surgery, but the good news is that due to my size I am a perfect candidate for it to be done laparoscopically, which will cut down on the recovery time.  Now, here is the thing about a TAC, in order to be eligible for this procedure you must have already had a failed TVC, and as most of you know, that is not me. At no point in either of my two pregnancies have I had a transvaginal cerclage.

This doctor believes that incompetent cervix is my issue, so he is willing to bypass the “normal” definition of someone who should have one placed and do a TAC for me. He does not see any reason for me to potentially lose another child just so that I can fit the textbook definition for a TAC.

I have to admit that when he approached me about this, I was completely floored. He went on to tell me:

“ People like you deserve to have as many children as possible.”

That one got me because Tanner and I had originally hoped and planned to have four children, but after losing Robby and then having Ellie 14 weeks early  we knew we would be lucky if we were ever able to have another.

So, I left the appointment feeling more confused than when I went in. I had already prepared myself for the fact that I would not carry another baby, and that if we were ever blessed with another pregnancy it wouldn't be me that was pregnant. I would be watching someone else carry my baby because unfortunately my body can’t. I can’t say I had come to terms with it, but I was working on it, then he hit me with that.

I went home and the next day put a call into the MFM (Dr. Wolfe) who was  present when I delivered Robby. I decided to contact him rather than Dr. O’Hara because although Dr. O’Hara is a terrific doctor, she did not listen to me as much as I had hoped, and I felt like we just did not click throughout my pregnancy with Ellie. When Dr. Wolfe called back he said that he feels that a TAC is “overly aggressive.” So, although it was not exactly what I wanted to hear, I have to say that I was not too surprised with his reaction. This doctor is an excellent doctor, but he is very “by the book.”

So, I talked it over with Tanner, we talked it over with my family, and I prayed about it a lot.  In my heart I believe that I was placed with this doctor for a reason. Do I think that I will be able to carry a full term baby? No, I don’t, and this doctor does not believe that I will truly make it to be full term. However, I do believe (and obviously so does this doctor) that this could help. I sat on my answer for awhile. Then, I went around to every single hospital, MFM, and OBGYN that I have been to and signed releases so that this doctor could have all of my information. I wanted to make sure he was making a completely informed decision.

Then, I called him back. I wanted to make sure that after seeing everything and reviewing it again that he still felt  a TAC would benefit me. I dreaded the phone call because I was afraid that he would say that he changed his mind. When the doctor called me back, he told me that he had personally talked to both my OBGYN and my MFM, and that although my MFM wasn’t “overly enthusiastic”about it, he had agreed to it and  my OBGYN is completely on board with this plan.

This doctor has only done this procedure a handful of times, but his current success rate is 100%. I have to believe that he wouldn't risk his perfect success rate if he didn't really believe that this would help me carry a baby further than my previous pregnancies. I also do not believe that all of my doctors would risk me going through a major surgery if they did not truly believe that it could help.

So, Tanner and I have decided that I will have the surgery done, and at some point in the future I will try to carry another baby.

I am so excited. I am excited and full of hope. I know that when the time comes for me to actually be pregnant, I will be terrified, but for now I am just going to be excited. We know that this is a risk, but so was getting pregnant with Ellie, and look what we ended up with...a beautiful, sweet, and perfect little girl. 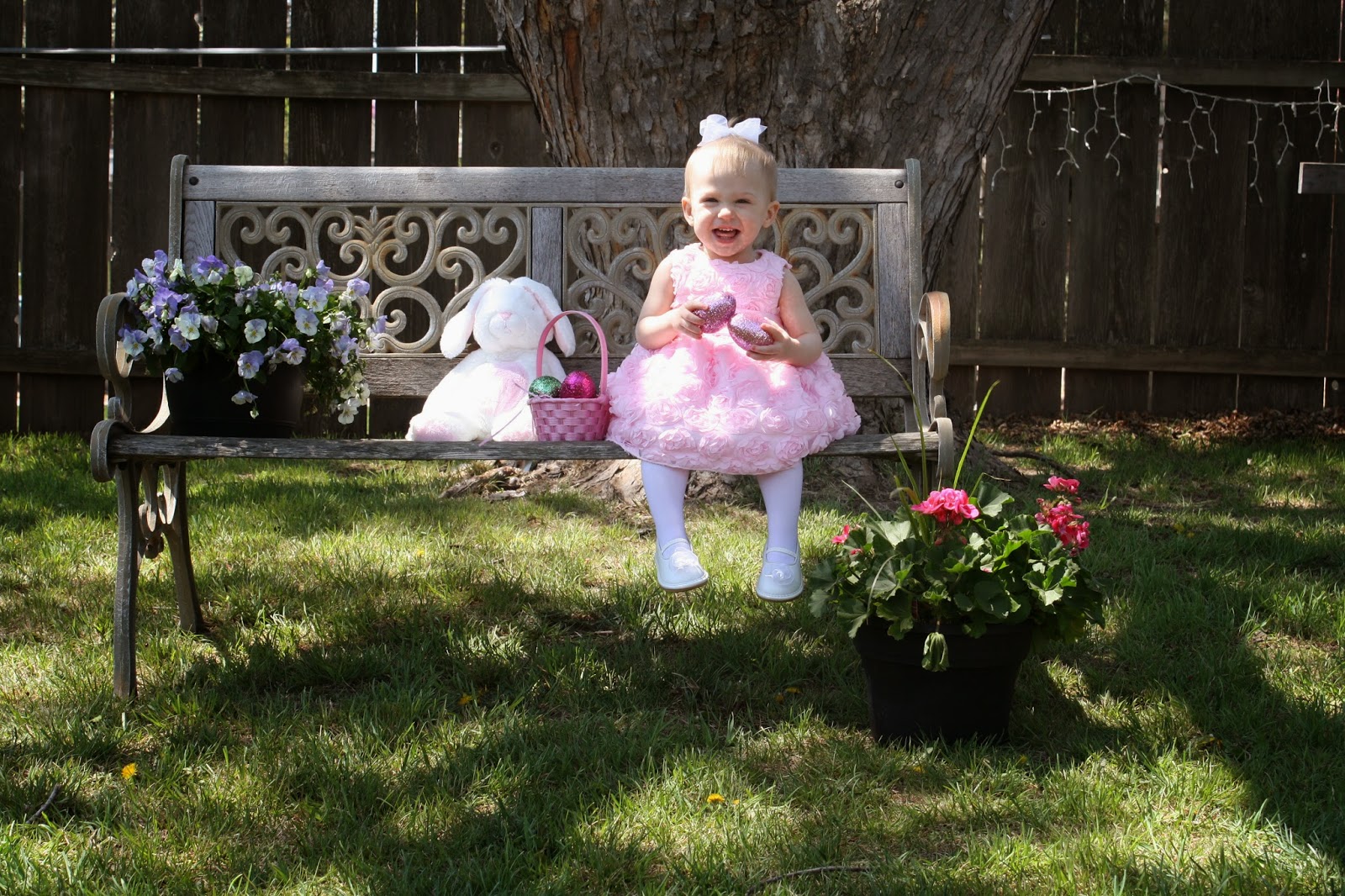 I have debated sharing this news on my blog because I do not want people to be waiting for me to get pregnant again. We will get pregnant when the time is right for us. However, since I have been so open about everything else, I decided to share this exciting, hopeful news with all of you.

I would like to ask for prayers as I prepare for this upcoming surgery. Although they should be able to do this surgery laparoscopically, it will still be hard on my body, especially with my health issues. It is considered to be a major surgery and so it is a little bit scary!  Please pray for the doctor to be able to place the stitch as far up and as accurately as possible, and please pray for me, Tanner, and my family as we all mentally prepare for another pregnancy. 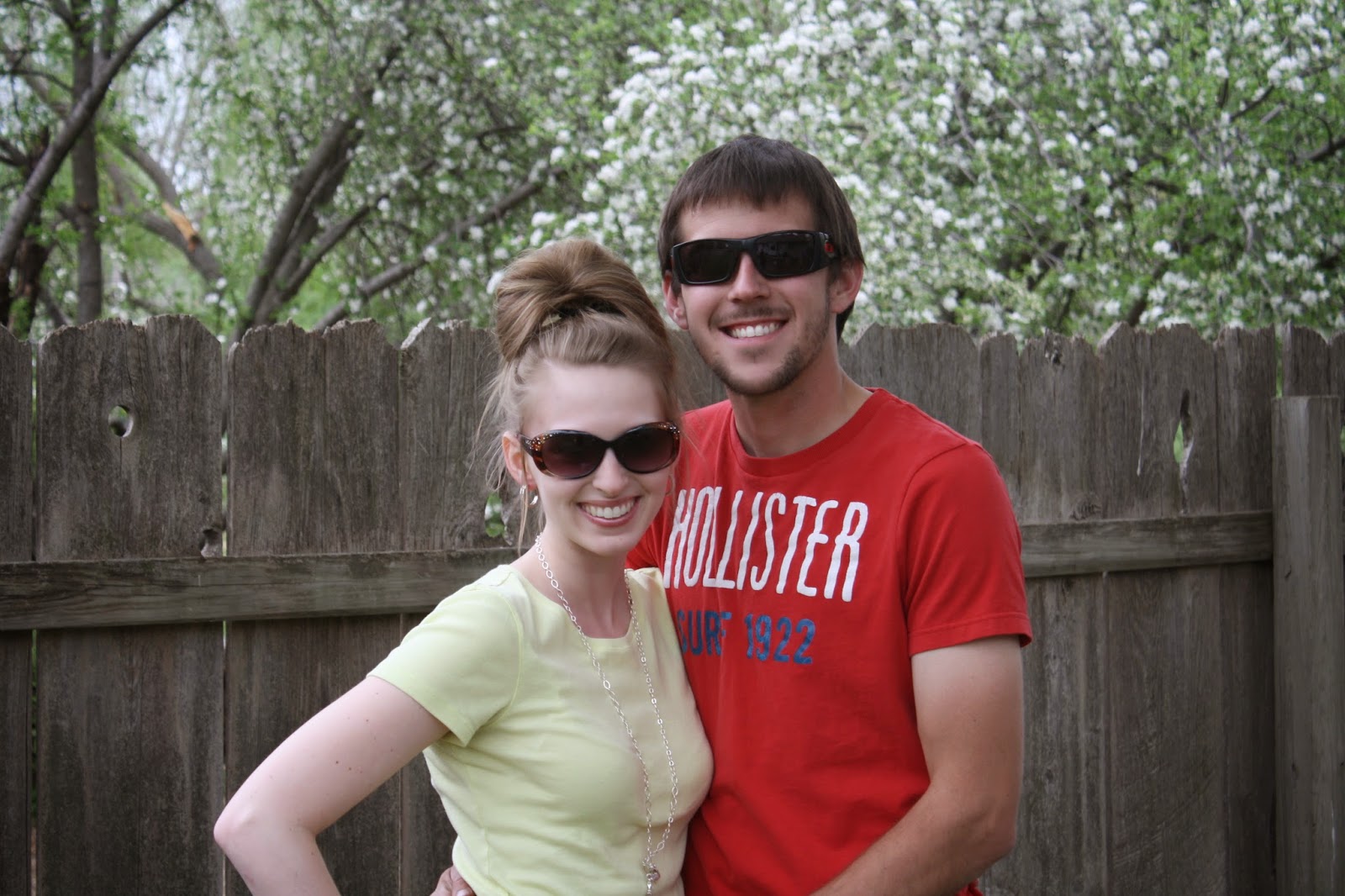