I have decided to share some very personal pictures of Robby in this blog. Two of the pictures I have not shared before, but due to the reasoning of this blog, I felt compelled to share them now. They were taken the day that we buried our sweet little boy. I realize that these photographs might be upsetting to some people, so for this reason I am making this disclaimer.


Since Robby was born prematurely we considered doing the March for Babies here in Wichita in April, but with Ellie still being in isolation during that time, we decided that it would be best to try to honor Robby that way a different year.

Robert James Smith was born at 23 weeks, 0 days  gestation. He was 1 pound 4.4 ounces and 12 inches long. He was a tiny little guy, but he certainly was perfect.

We weren't prepared for Robby to be born so early. Although I was in the hospital for 5 days in labor, the thought did not ever occur to us to prepare for him to be born, and then die. It wasn't until my body made me start pushing that I realized that I was truly going to deliver my baby, only to hold him while he died. In the moments leading up to that I wasn't thinking about getting someone to bring our camera, and I wasn't thinking about how we did not have any tiny blankets, itty bitty clothes, or tiny hats that would fit our baby boy.

Luckily, the hospital where Robby was born , Via Christi St. Joseph, had an amazing staff of labor and delivery nurses. Every single nurse that I had was kind and caring. They did not ever tell me that I was nuts for trying to keep Robby inside of me as long as possible. They did everything that they could to help me be as comfortable as someone can be when in active labor for days on end.

Thanks to that special nurse, Robby had a small little hat that came as close as possible to fit him considering his very small size. It was a tiny, pale blue, hand crocheted hat that was obviously made with love. Although it was still very big on him, we thought it was perfect. When it was time for me to give Robby to her so that he could go to the funeral home, I wanted to send him with his little hat that looked so adorable on his sweet little head, but at the same time, I wanted to keep it. That nurse went back and found a second tiny little hat to put on Robby so that I could keep the one piece of clothing that my baby boy wore. It is the only physical piece of Robby that I was able to leave the hospital with.

I have a bucket full of clothes and blankets at home that I had to pack up. These were clothes that I bought with the intention of Robby wearing someday, but that did not happen. Robby was born so quickly and unexpectedly that we did not have time to pick out a special blanket for him to be wrapped up in after he was born.

The blanket that Robby was wrapped up in was huge. Sadly, it was not a special blanket, or a soft blanket, or a cute blanket, it was just a plain and very standard hospital blanket.

Before I continue on to the main reason for this blog, I would like to first make a plea, to all of my photographer friends out there, especially those here in Wichita.

Not only did we not have any tiny blankets for Robby, but we also did not have our camera. The only pictures of Robby that we have were taken on our phones. I love the pictures that we have of our perfect little boy, but I wish we had more and I wish they were of better quality.  I wish I had pictures of his perfect tiny little features. Pictures are the only physical evidence that Robby ever existed. After Robby was born I learned about an organization called Now I Lay Me Down To Sleep. Photographers volunteer to go take photos of babies who have been born too soon, or who were born sleeping. When I recently went to the website and searched for our area I realized that the closest photographer in our area is located in a city that is 80 miles away.

I know that this type of photography must be very hard for photographers to do, and I know that not everyone can handle it, but I ask that all of my friends who are photographers take a minute to consider submitting to this organization. You could be the person to give a grieving family something that they will treasure for the rest of their lives.

To apply to be a NILMDTS photographer go here.


Here is what my family would like to do in honor of Robby:

We would like to collect 50 small hats and 50 small blankets to donate to the hospital where Robby was born in his honor and in his memory.

They can be any kind of blankets and any color! It can be a blanket that you crochet or knit. It can be a flannel or fleece blanket that you sew together. It can be any type of soft material that you would like it to be. If you are like me and can not sew or crochet, it can be a store bought blanket or even a small receiving blanket. What I did not realize before Ellie was born was that there are different sizes of receiving blankets. We had to buy the bigger size for Ellie’s mattress cover for her isolette while she was in the NICU, and if we brought in the smaller size, they were too small and did not fit. 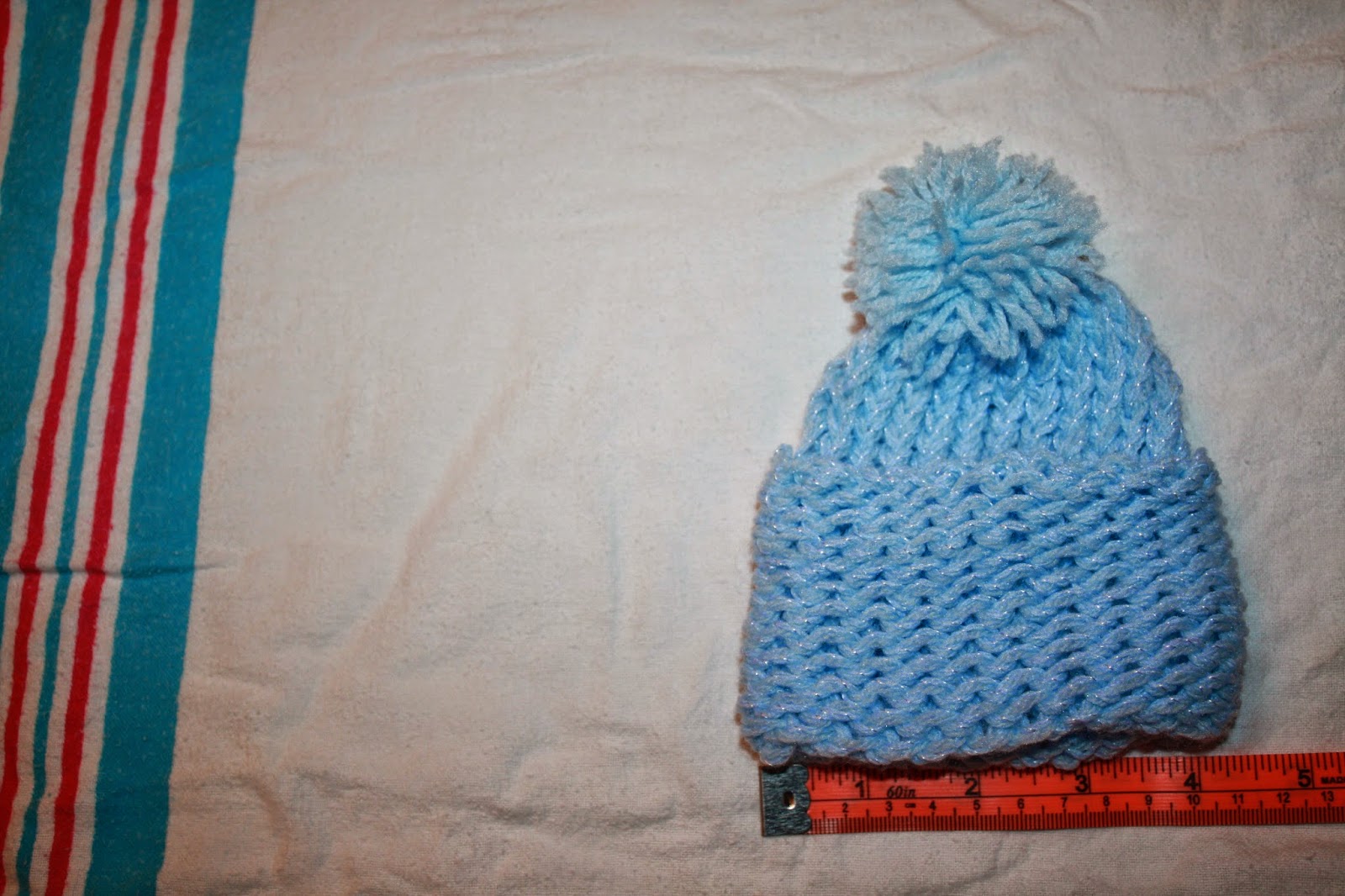 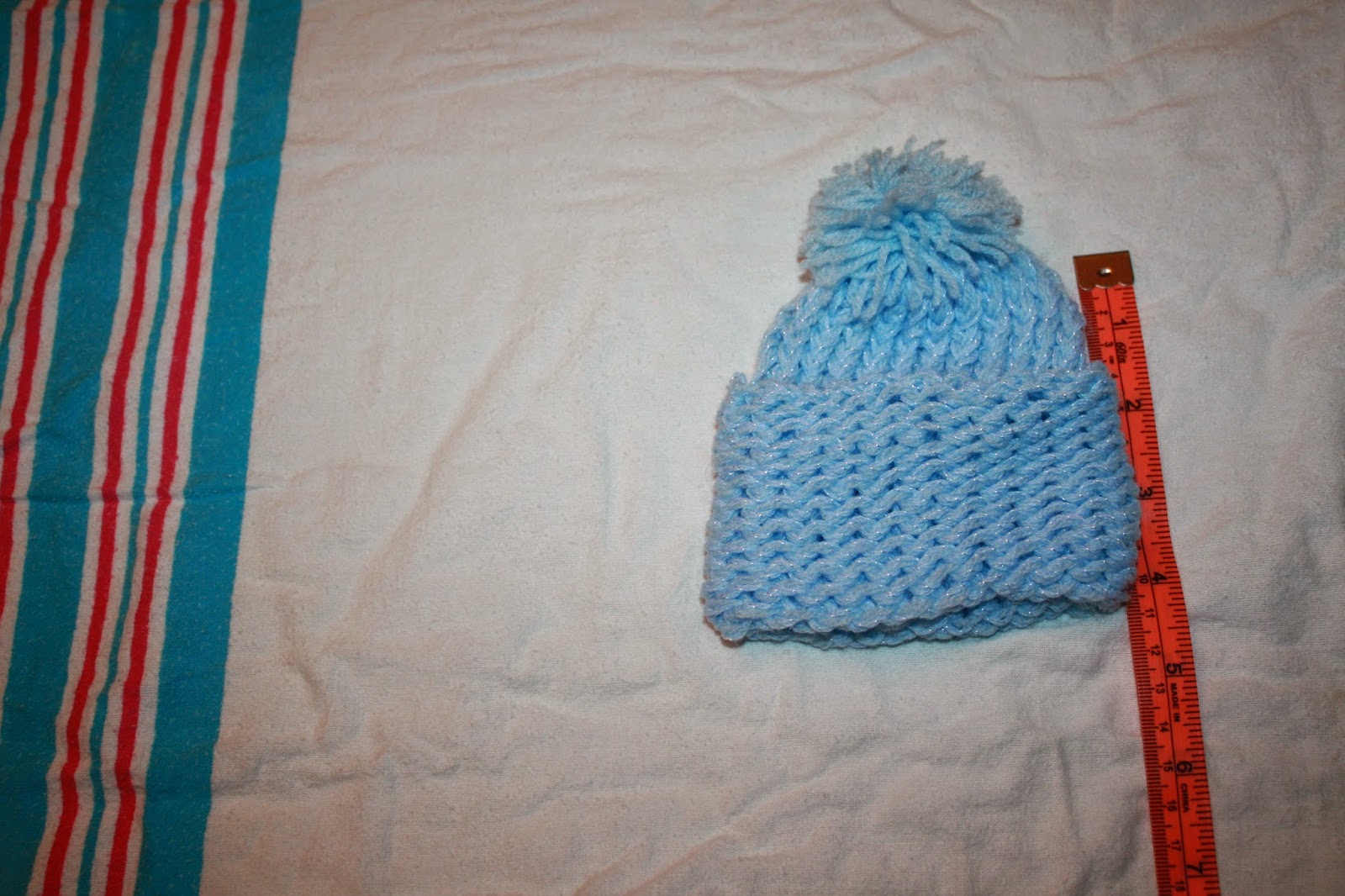 When I called the hospital to make sure that this type of donation would be okay, the nurse said that they do not have these types of donations very often. This made me so sad to hear, because it means that if it were not for some kind person who made that beautiful blue hat, I would not have it to hold on to. I want to make sure that other mothers and fathers of babies born too soon, or babies born sleeping have a special something to hold onto.

I have set up an email address as well as a P.O. box that I will check regularly. I would like to meet our goal by the end of this year. I would like for other families to have a special blanket to wrap their babies in and I would like other families to have a hat that comes closer to fitting their baby who was born too soon. I would love to give families something personal to hold onto when they can no longer hold onto their baby. To be completely honest, for the first six months after Robby died I slept with his hat, and sometimes I still do.

Please help us honor Robby and his memory by sending either handmade or store bought blankets that are small or hats that are small enough to fit a tiny little head. Feel free to share this blog with anyone that you know. Please spread the word because we would love to meet our goal of 50 hats and 50 blankets.

Measurements: Robby's hat was 4"x4", and was still very plenty big on him. Anything that size and smaller would be wonderful! I really don't think you could make a hat too small!  For the blankets, 18" x 26" would be on the small end, and 28" x 32" would be on the large end, so anything in that range should be perfect!