In My Own Time

Two years ago today I gave birth to the most beautiful little boy. For almost two hours we sat holding him, loving him, and savoring every moment that we had with him until his heart gave its last beat and he took his last breath while in my arms.

Last year for Robby’s birthday blog I talked about how I had started to finally come to terms with his death, and I shared some of my favorite memories of him. This year, I could share some of my favorite memories of him with you, but that would mean that I would be re posting the blog from last year. That is the thing about having a child in heaven…you don’t get to have any new memories with them. The memories I have are the only ones I will ever get. Every year when we celebrate Robby’s birthday, we will remember the same 23 weeks that we had with him. It is a reminder that yes, although he did live for a short time, his time with us was cut incredibly short.

So, this year for Robby’s birthday blog I want to share with you some of the things that I have learned about grief this past year.

This year as a whole has been a little bit easier than last year. I feel that I have made steps forward, as well as learned some things about grief, and I would like to take some time to share with you the things that I have learned.

There is no time limit on grief- A mother who has lost her child will grieve her child forever. I will forever wonder what Robby would look like, what his favorite color would be, what his favorite food would be, what talents he would have and what kind of person he would be. I will always wish that I could have both of my babies with me- Robby and Ellie. What mother wouldn’t? Will the way I grieve the loss of my son change? Absolutely! However, even if you do not outwardly see my grief, I will always be grieving my son inwardly.

Please do not let anyone tell you how to grieve or how long to grieve- This past year I tried to speed up my grief process so that others around me would not feel uncomfortable, but unfortunately, it did not end very well. In the end I learned that the people who love me will let me grieve in my own way in my own time. They won’t rush me or tell me to grieve in a different way. I decided this year that I will not apologize for grieving me son.  I am grieving my son because I love him, and apologizing for grieving is like apologizing for loving.

Everyone grieves differently- Just because you have a friend who lost a child a few years back and is “fine” now does not mean that I will be “fine” in the same amount of time or the same way. Also, just because they appear to be ‘”fine” does not mean that they are not sad about their loss anymore. It just means that they are currently at a different point in the grief journey than I am right now. There is not a timeline for grief.

It was not my “karma”- Yes, this was actually said about me at one point this year. Like most mother's of loss, I do at times blame myself. I am Robby’s mom, and I should have been able to protect him. Robby’s death was in no way my fault, and it was not my “karma.”

I do not “live in the past,” I visit it- People tend to think that women who are grieving are “living in the past,” but I disagree. Living in the past is something that would be terribly painful for women who have lost a baby, because that would mean re-living their child’s death over and over again. However, I do admit to visiting the past. The past is the only place where my son lives, so why wouldn’t I visit from time to time? It brings me comfort to visit the past sometimes, because the months that I had with Robby were some of the most wonderful and happy times of my life. 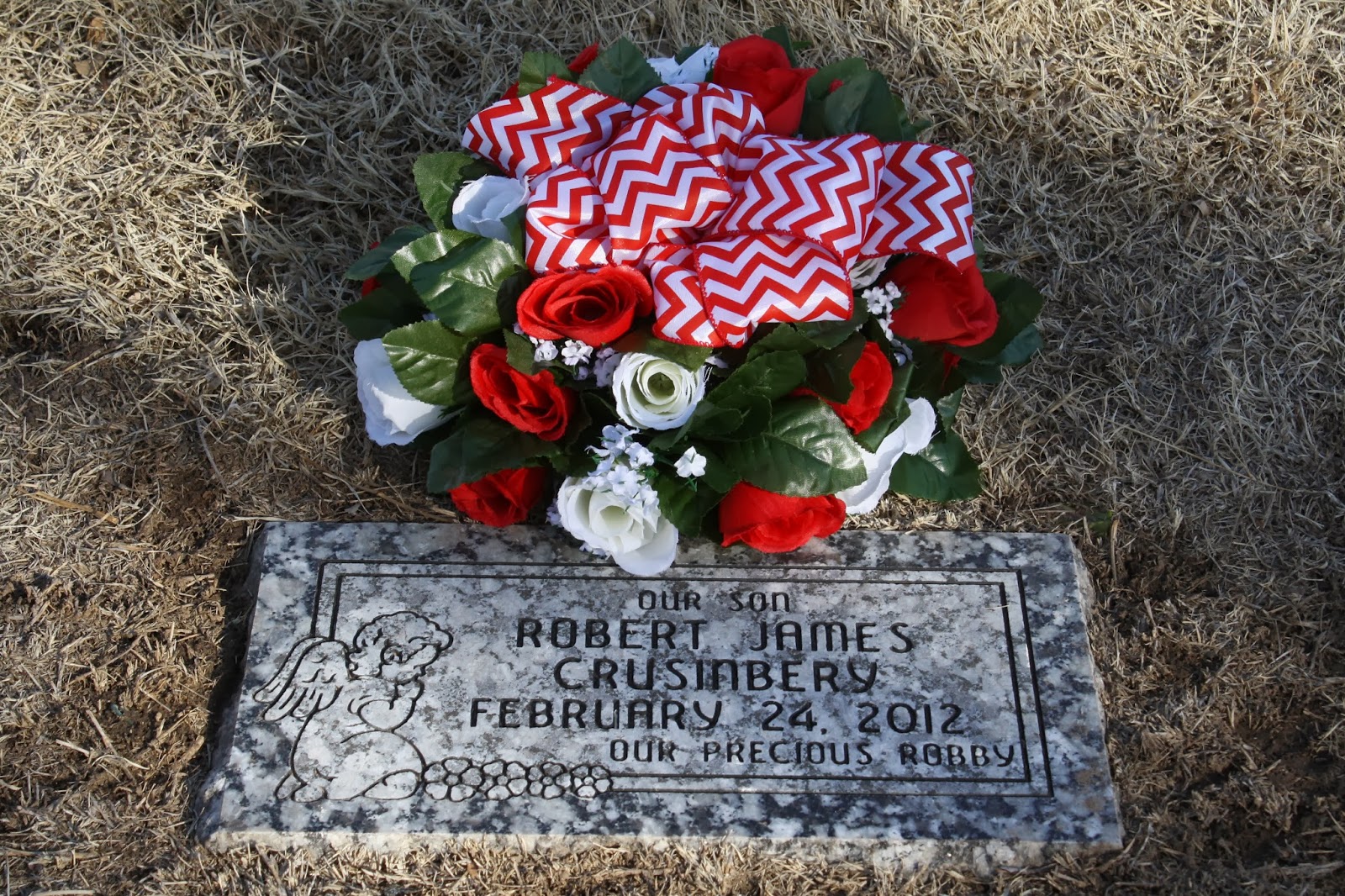 Just because the year of grief has seemed easier does not mean that the days leading up to his birthday this year have been easier- This past year was easier than the year before, but as the days leading up to Robby’s birth and death, I was pulled right back into this sea of emotions. After Robby died, during the first year, on the 24th of each month I was sad. I would think about how old he would have been, what milestones he would have been hitting, and what he would have been doing. This past year the 24th of each month was just another day to me. It wasn’t a day of sadness or sorrow, and it didn't toss me into thoughts about what Robby would have been doing-it was just another busy day.

Ellie is my rainbow, not my band aid- The child after a loss is described as a rainbow baby. Here is my favorite explanation: It is understood that the beauty of a rainbow does not negate the ravages of any storm. When a rainbow appears, it does not mean that the storm never happened or that we are not still dealing with its aftermath- it means that something beautiful and full of light has appeared in the midst of the darkness and clouds. Storm clouds may still hover, but the rainbow provides a counterbalance of color, energy and hope. I know that some people out there do not understand why I am still sad about Robby’s death now that I have Ellie. I love Ellie so fiercely and with every ounce of my being, but she in no way fills Robby’s place in my heart. However, she makes me smile when I am sad, and she reminds me of how truly blessed we are. 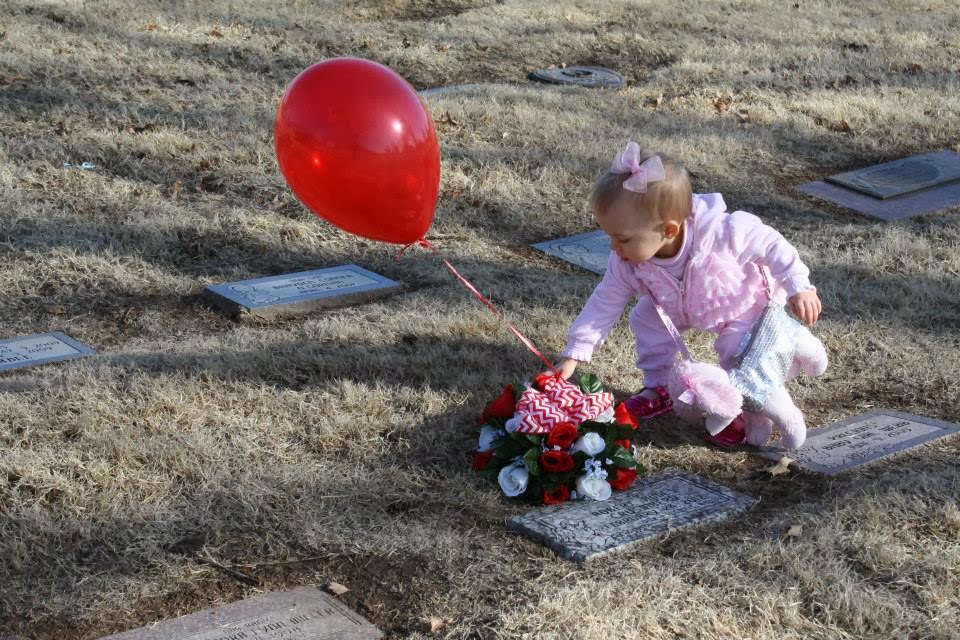 This past year of my grief journey has been difficult, but not as difficult as the previous year. I hope that this coming year I can continue to learn and grow. The most important thing that Robby taught me with his short time here with us is to enjoy every single moment.

Savor everything because time is precious.

"If there ever comes a day we can't be together keep me in your heart, I’ll stay there forever.” 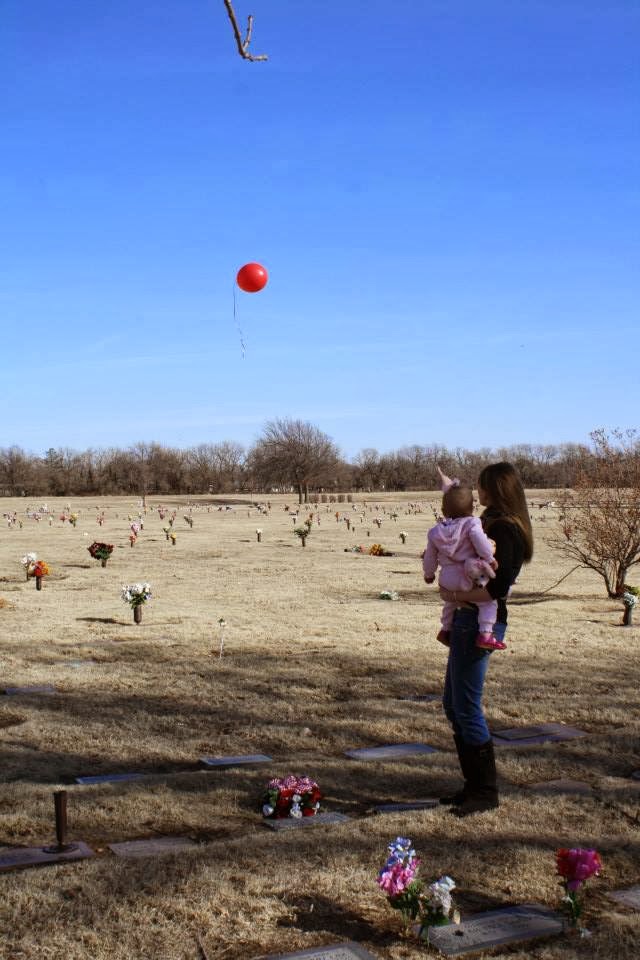