Three years ago today I gave  birth to the most beautiful little boy. Each year since Robby’s birth I have published a blog on his birthday. I am realizing that it is becoming  harder and harder to figure out what to say in Robby’s birthday blog. We don’t have any new pictures or stories about him because he isn’t here. All of our memories with Robby are just that, memories that are forever in the past. In Robby’s first birthday blog I talked about my favorite memories with him, in last years birthday blog, I talked about my grief journey. Although my grief journey is always continuing, it just didn’t seem right to blog about it again this year.


So, what can I talk about? Well, this year I am able to blog about what is being done in Robby’s memory, or as one of my dear friends worded it- Robby’s legacy.


I want to thank each and every person who shared our project, made and or bought hats and blankets for our donation, and prayed for us. We are so blessed to be surrounded by such loving, caring and giving people. I wish I  had the words to express  how much it is going to mean to so many families who deliver and have an infant loss at Via Christi St. Joseph who receive these hats and blankets.


I realize that it was not an easy task for those of you that donated hats and blankets to do so knowing that the baby that would be using the items that you donated would not survive. It most certainly is not a happy circumstance to think about, but it will be so very appreciated by the families who receive your donations.


These donations will bring comfort to these families, and since there were so many donations, it should not be a problem to give more than one hat to each family. Let me explain what I  mean here:


Three years ago, after I had labored for several days and then went through the birthing process, we held, cradled, rocked, hugged and kissed Robby for the 2 hours that he was alive. We then held him a little bit longer after he had passed away, but eventually the time came when he had to leave our arms. When it was time for the nurse to take Robby away so that he could be transported to the funeral home, it was the hardest thing I had ever done. The nurse who was there saw how hard it was and went to get another hat. She took the little blue hat off of Robby’s tiny little head and replaced it with the second hat. She then handed me the hat that had been on Robby’s head. I was able to keep the hat that he wore while he was alive, and he was still able to wear a hat to the funeral home. It doesn’t seem like much, but to a mother who has just gone through the heartbreak of saying hello and goodbye to their baby, it means a lot. I was able to hold onto Robby’s little blue hat that he wore, which was like being able to hold onto a piece of him.

When I blogged about the donation that we were planning to make I never realized how many people would end up sharing and sending hats and blankets to us! We started this project in July with the intention of donating to Via Christi St. Joseph at the end of the year- December 2014. Since we ended up with such an amazing response, we decided to take a little bit of extra time and donate closer to Robby’s birthday, and I am so glad that we did.


The month of February is a really difficult month for me, but things get especially hard once the 20th hits, since it was the day that I went into labor- it was the beginning of the end.


Tanner and I decided to make the donation on February 20th, so that we had something positive to look forward to on that day. Tanner, my mom, Ellie and I went through each hat and blanket to sort them into categories and put a Project Robby tag on each and every one of  them. I’m sure you can imagine how much “help” Ellie was during this process! She enjoyed taking the tags that I put a sticker on to MiMi so that they could then be attached to hats and blankets. She also enjoyed “helping” us sort the hats and blankets into categories. Although it might have been easier and faster to finish this process without her help, I’m so glad that she did help.

During the process of sorting and tagging, I became very attached to all of the hats and blankets, but especially to the box of 400 itty bitty hats. I didn’t actually realize how attached I had become to them until we arrived at the hospital and I opened it up to show the nurse. During the time that we went through and tagged these hats I would sit there and imagine how they would have looked on Robby and which one I would have picked out for him if we had the choice when he was born.

The nurse at St. Joseph who took our donation, Laury, worked at Via Christi St. Teressa three years ago, and was one of my nurses. On February 20, 2012 she was one of two nurses who  loaded me up onto the ambulance to send me to Via Christi St. Joseph because I was in premature labor with Robby. It was an emotional day to not only be back at the hospital where Robby was born, but to see one of the nurses who not only took care of me but also remembered us and what had happened. Laury was so touched at how many hats and blankets were sent, and therefore able to be donated. She just kept saying over and over how much it was going to mean to so many families to have these special hats and blankets. She assured us that (unfortunately) there is truly a need for each and every size of hat that we donated.

In August when I first went to visit Laury about Project Robby, she took me into the room of hats and blankets for the labor and delivery floor. She showed me that they now have some memory boxes for the babies who do not make it, and let me know that they really were trying to gather up resources for the families who lose a baby. She was so excited that we were going to donate tiny hats because she said that so many people don’t understand just how tiny these hats need to be. She was so pleased to see so many little hats! I asked Laury how many hats they would go through in a month, and she said that it is difficult to put a number on it, but just in the past week (that we donated) there had been three losses. 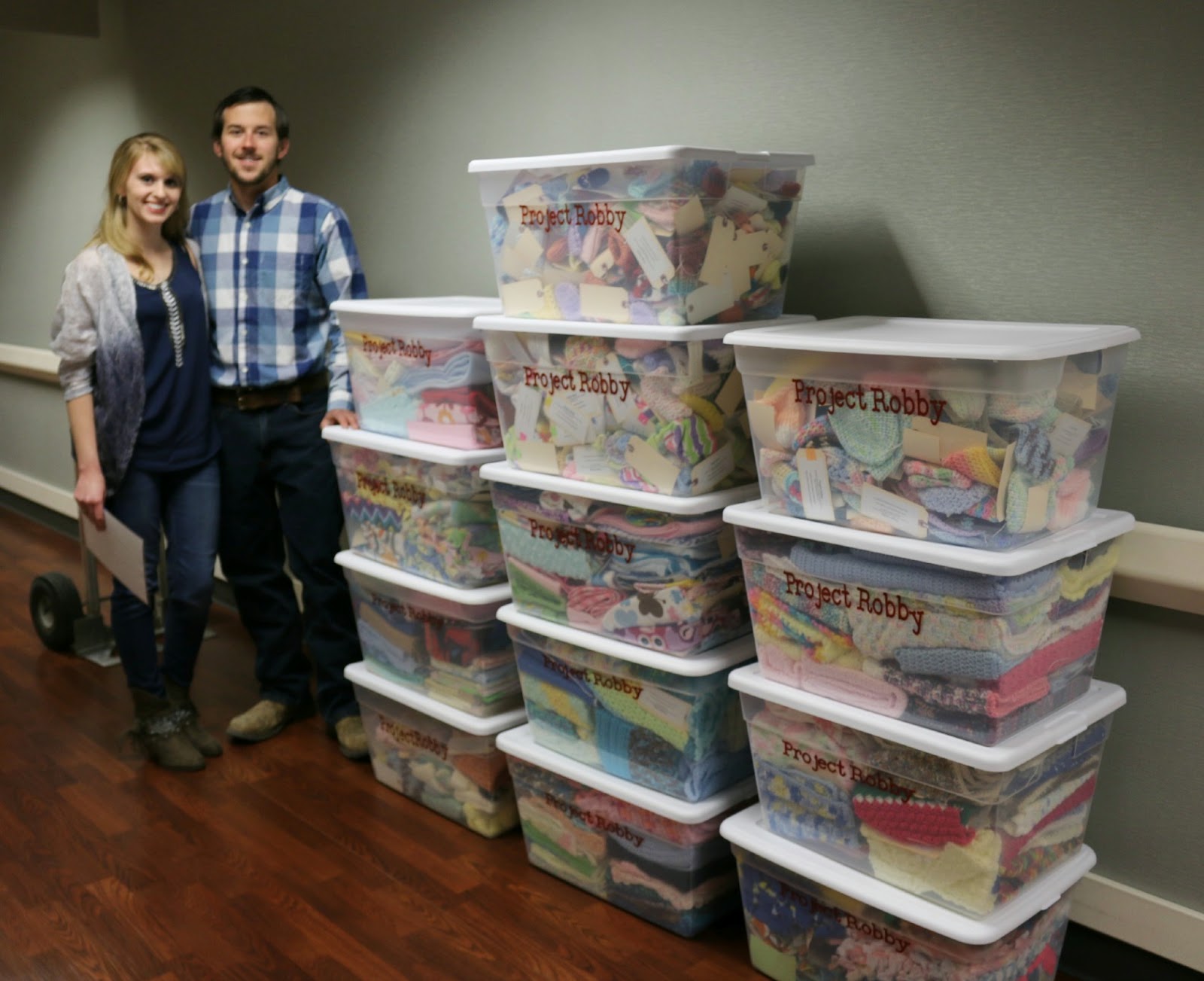 When I went  to visit Laury back in August, there were not any Now I Lay Me Down To Sleep Photographers in our area who would be able to take pictures for families of babies who did not survive. When I went back to make our donation I was able to take a list of three different NILMDTS photographers for her to share with the families with losses.


Having Project Robby to focus on was a wonderful thing for me to have as we approached Robby’s third birthday. Another thing that has helped me is being able to pick out decorations for Robby’s grave. 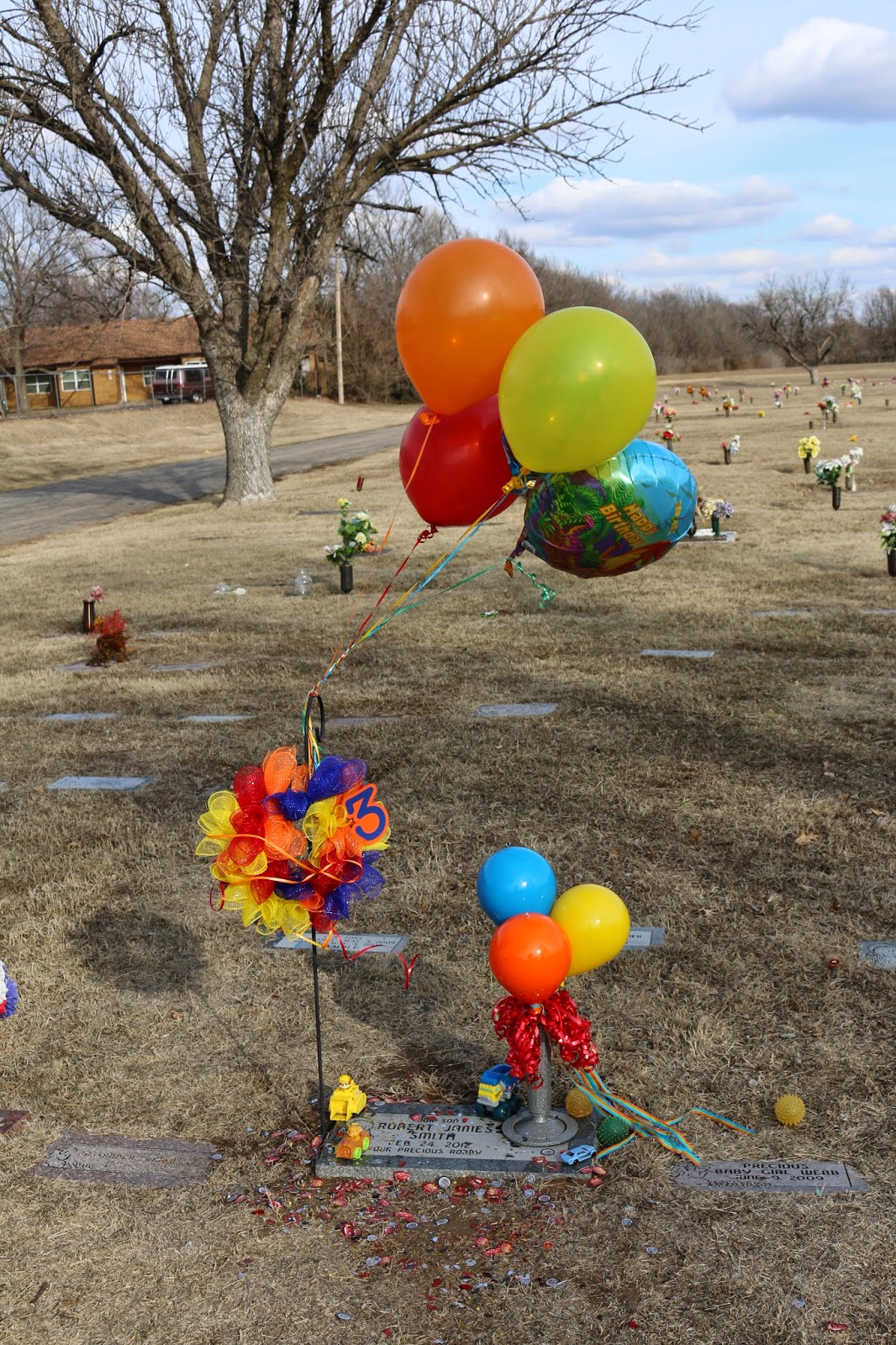 This is the first year that Robby has had a vase at the cemetery, so we were able to do a little bit more decorating than we have done in the past. A couple months ago I started picking up stuff at Hobby Lobby to decorate Robby’s grave for his birthday. As odd as it is, it is actually somewhat comforting to be able to pick stuff up with Robby in mind. It was fun to have Ellie’s help this year picking out things to decorate with. Ellie doesn’t enjoy going to Hobby Lobby very much, but she did enjoy picking out a new car to leave for Robby. We have been working on colors with Ellie, so when we were at Target with her, we took her down the car aisle and asked her which car she wanted to take to Robby for his birthday. She finally settled on a blue car. When we got home she insisted on taking it out of the packaging to “hold it” for Robby. When we went to visit Robby for his birthday, she left it for him without a problem. Ellie also enjoyed picking out balloons, but I think her favorite part was sprinkling confetti around his grave. We picked out Cars birthday confetti, and she loved being able to throw it around!


Thank you again, from the bottom of our hearts, to everyone who helped make Project Robby such a success <3 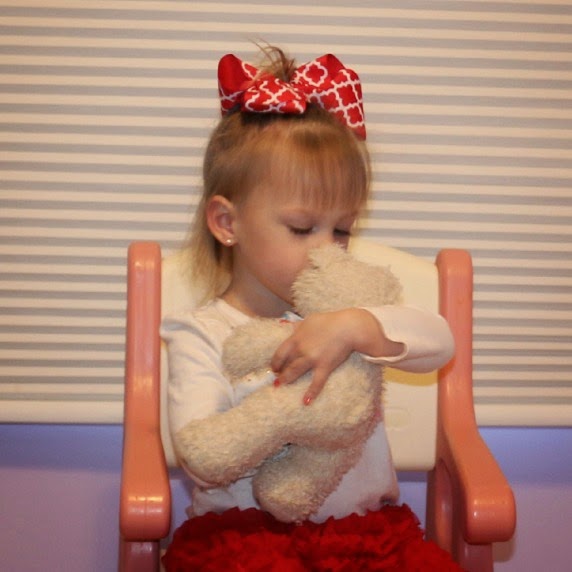